Oxtongue People In The News

Read a beautiful tribute to Marvin from daughter Jean and son-in-law Bob Hilscher,
and view some fantastic pictures of Marvin’s and Flossie’s active life on Oxtongue Lake.

(NOTE from webguy — It’s a big file and will take a while to load in your browser window—well worth the wait!)

WHAT OXTONGUE HAS KNOWN FOR YEARS IS CELEBRATED PUBLICLY:
FRAN GOWER IS A WOMAN OF DISTINCTION!

Read about Fran’s richly-deserved Woman of Distinction Award,
presented on November 1 by the YWCA of Muskoka

The 11 nominees, named as Women of Distinction

CONGRATULATIONS, Fran, from all of us on the lake!

FILM OF THE AUGUST 7, 2011 GRAND CELEBRATION OF
TED KEOWN’S 42 YEARS OF VOLUNTEER SERVICE AS AN
OXTONGUE LAKE VOLUNTEER FIREFIGHTER

| READ the Web-Guy’s letter to the Community about the film,
with instructions on how to view or download it |

Scott has been involved with snowmobiling forever. He had been the President of the Algonquin Snowmobile Club since the mid 80’s. His Dad Jack was one of the Sledding Pioneers, helping to create the first organized snowmobile club in Ontario in the early 60’s and build the first groomed trail, using bed springs. Not only is Scott deserving of this award, but his entire family is, too. Scott’s wife Lynda gives up her house, and offers her amazing hosting talents for the Club’s meetings through out the sledding season — she is isthe “Hostess with the Mostest” — thank you, Lynda!

Scott gives 110% to snowmobiling with his guidance and hard work, and he is the key to a great Club. Scott spends countless hours per year attending District meetings, dealing with landowners issues, building bridges, brushing trails, grooming trails and even dealing with the odd beaver that can cause some problems. In his spare time, he even gets a chance to ride the great trails he is so proud of.

Thank You Scott, and CONGRATULATIONS from all Oxtonguians!

CONGRATULATIONS and THANK YOU
to
Gary, Ted, and Scott!
and to
Lynn, Carolin, and Lynda!

THREE OXTONGUE FIREFIGHTERS AND SPOUSES HONORED
FOR 95 YEARS OF SERVICE

Behind every great woman, there’s a great man . . . 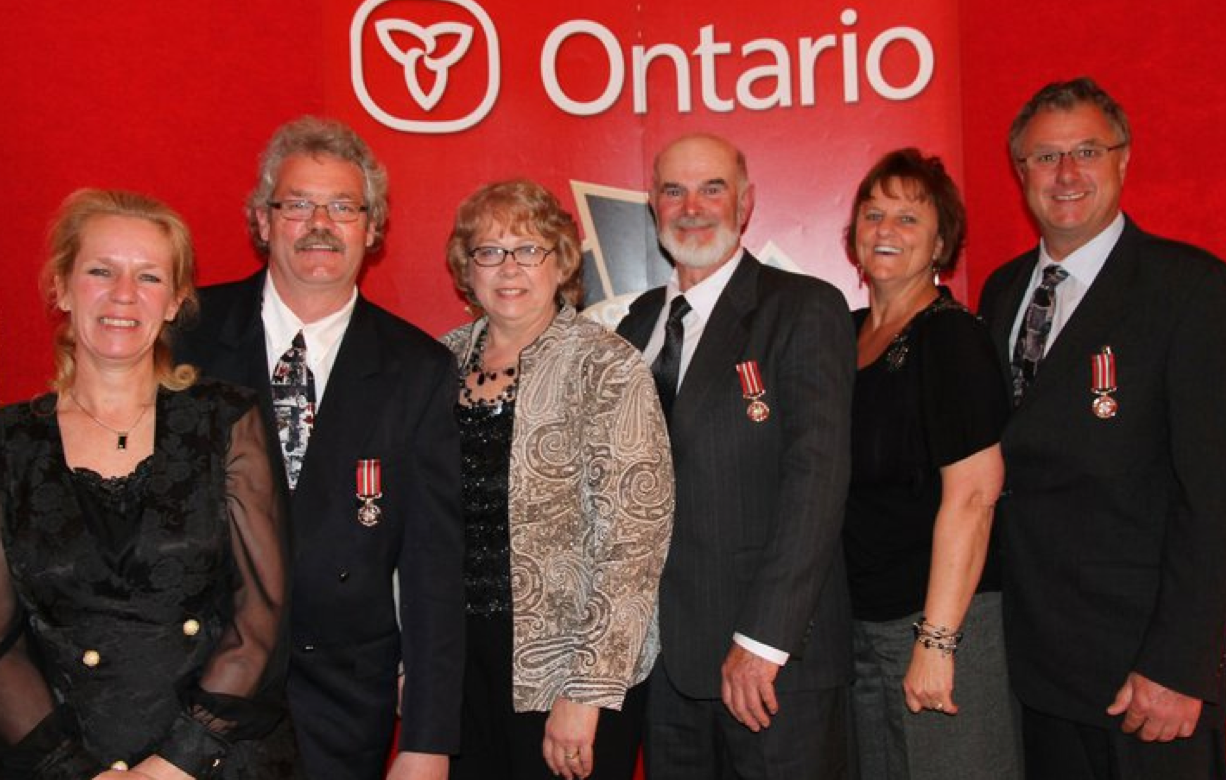 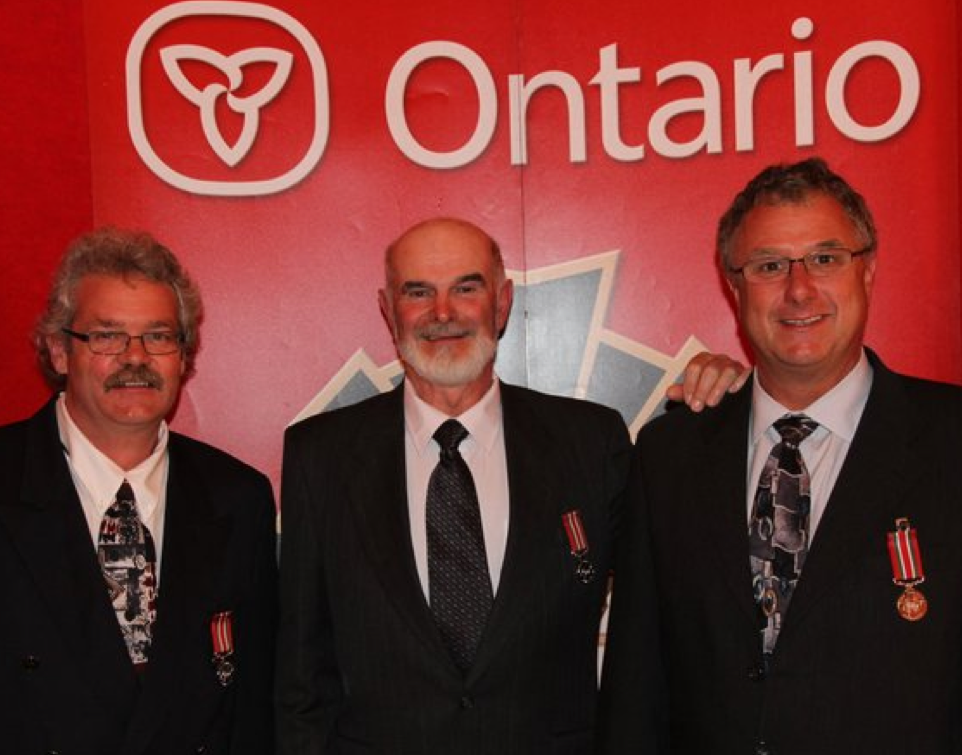 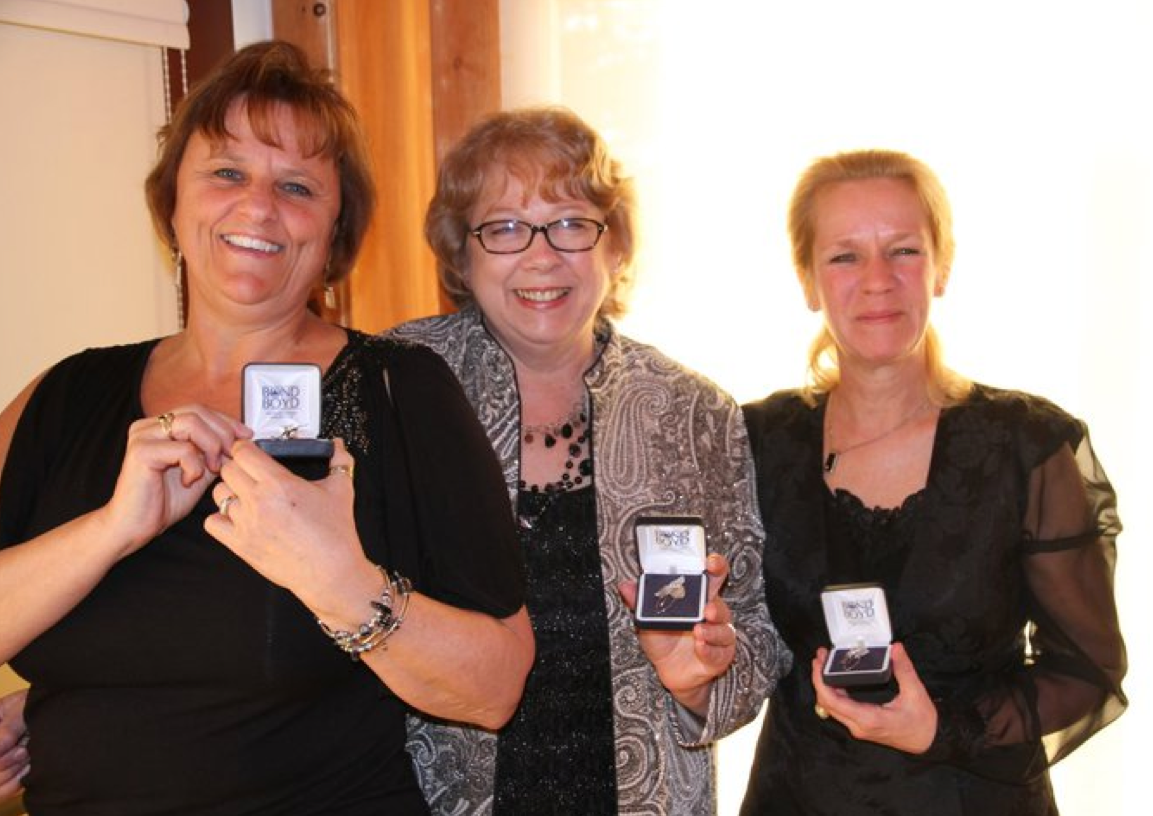 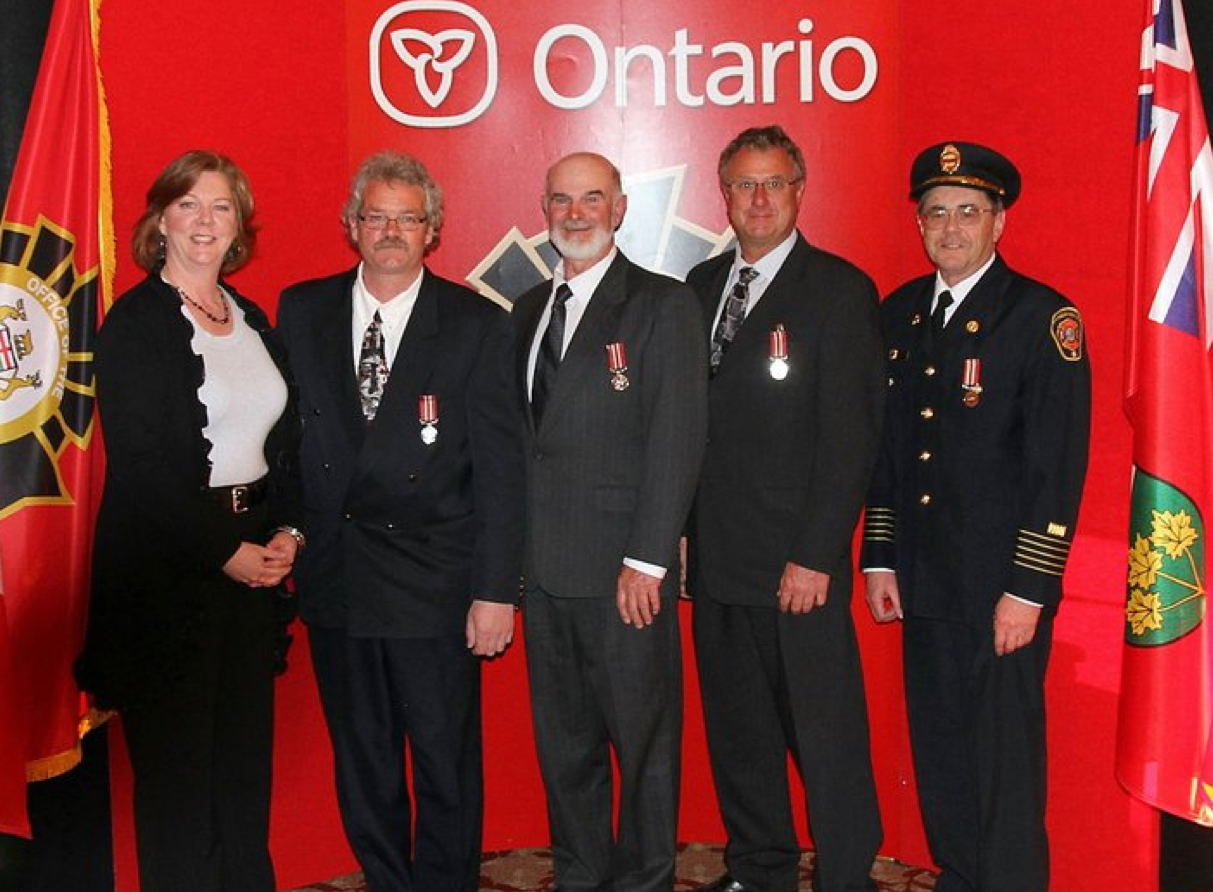