Neil was born Sept 20, 1930 to Arthur and Kathleen Andrews, cottagers on Oxtongue Lake since 1951. He was a member of the original Oxtongue Lake Snowmobile Club and served frequently as the Master of Ceremonies for the Oxtongue Lake Regatta, Pig Roasts and community BBQ’s.

Neil introduced many notable friends and colleagues to the lake from his connections at the CBC, where his career of over 30 years spanned from cameraman to director to executive producer.  He filmed various shows and specials, including “Country Canada,” on Oxtongue Lake and in surrounding areas and at Blue Spruce Inn, both in winter and summer.

One of Neil’s greatest pleasures was to present the Art Andrews Memorial Trophy for top female athlete at the annual Oxtongue Lake Regatta. 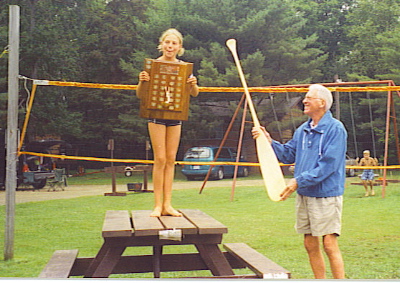 He will be sadly missed by his family and his many Oxtongue friends and neighbors.